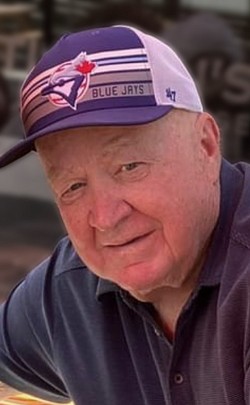 It is with great sadness that the family announces the passing of LORNE EARL COCHRAN, on Tuesday, January 18, 2022 at the age of 75 years. Lorne was a gentle, kind and patient man who will be fondly remembered and dearly missed by many.

He is survived by his loving wife of 51 years, Ethel, and their children, Trevor (Michelle) and Carrie (Mike) as well as his grandchildren Kaitlyn, Sarah, Colton and Kylie. He is also survived by his brother, Larry (Sandy) and their family, as well as many brothers and sisters-in-law and numerous nieces, nephews and cousins.

Lorne was predeceased by his parents Leland & Ethel Cochran, and his older brother Leroy.

Lorne was born on May 6, 1946 in Brooks, AB and lived in southern Alberta all his life. He married Ethel Kasko on November 28, 1970 in Lethbridge, AB. They resided in Picture Butte for the last 40 years together, raising their children and enjoying many years of retirement. Lorne spent most of his career working in the livestock industry and made many lifelong friends along the way.

Lorne was passionate about sports. He grew up playing all sports, but his loves were hockey, baseball and golf. “Crunch” played Oldtimers hockey into his senior years, and he treasured the time he spent on the golf course with his family and friends. This love of sports was something he passed onto his children. He is fondly remembered by many as a great hockey and baseball coach. In his retirement years, he was proud to watch his grandchildren perform on stage, and play soccer, hockey and ringette.

The family will have a private gathering that will take place at a later date.

In lieu of flowers, donations may be made to the Jack Ady Cancer Centre, c/o Chinook Regional Hospital Foundation (crhfoundation.ca)