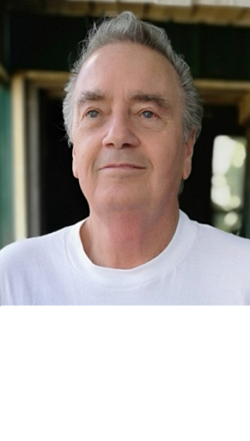 ROBERT “BOB” CLIFFORD HUGHES, of Lethbridge, beloved husband of the late Janice Firth, passed away at the Chinook Regional Hospital, on Saturday, January 7, 2023 at the age of 79 years, after a courageous fight with cancer.

Bob was born in Dauphin, Manitoba in 1943. He completed his Grade 12 in 1961 at Falher High School (École La Routsie) in Falher, Alberta, then he went off to Grande Prairie to Business College, after a number of positions in Saskatchewan and Alberta and eventually getting hired as Manager of BMO Lethbridge. In 1982, Bob purchased half of Galaxy Power Tools, and then the other half in 1985.

Bob met the love of his life, Janice, in 1995. His son Lee worked many years in the family business, right up until closing Galaxy Power Tools in 1999. Bob went on to owning Centre Village Liquor Store, up to his retirement.

Bob was an avid Nascar fan and was a racer himself. He raced modifieds, stock cars and truck stocks for many years, taking home a championship in 1996. He raced all over Alberta, BC, Saskatchewan and the United States.

He will be sadly missed by his family and numerous friends.

Following the Funeral Service, Bob will be laid to rest in Mountain View Cemetery.