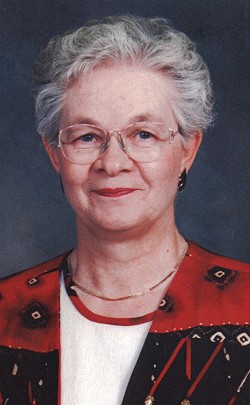 PHYLLIS MARIE KAMBEITZ passed away at St. Michaels Health Centre on August 11, 2022, at the age of 81 years.

Phyllis was predeceased by her parents Ejnar and Margaret Rasmussen, and her sister Argel Schile.

Phyllis was born in Medicine Hat on September 13, 1940. She and her 3 sisters grew up in the little white house across from the Catholic Church in Bow Island. Phyllis moved to Lethbridge in June 1958 to start her studies to become a Registered Nurse, graduating from nursing and marrying George in 1962. Phyllis and George raised their family on the family farm in Grassy Lake and retired from farming in 1991. Phyllis continued her Nursing career until October 1999, completing 37 years of service.

Phyllis was a beloved wife, mother, aunty, grandmother, and great-grandmother. She enjoyed dancing and playing cards with all her family and friends. Little encouragement was needed to get the cards brought out and the games started. Phyllis was an avid quilter, creating many beautiful quilts which are keepsakes for her children and grandchildren. Phyllis was a member of the Catholic Women’s League for many years, and also volunteered to create knitted toques and beanies for newborns at the Taber Hospital.

A Funeral Mass will be celebrated at OUR LADY OF THE ASSUMPTION CATHOLIC CHURCH – 2405 12 Avenue South, Lethbridge, AB on Wednesday, August 17, 2022, at 10:00 A.M. with Father Tim Boyle celebrating.

Following the Funeral Mass, Phyllis will be laid to rest at Mountain View Cemetery.

In lieu of flowers, donations may be made in Phyllis’ memory to the Alzheimer Society of Canada at www.alzheimer.ca