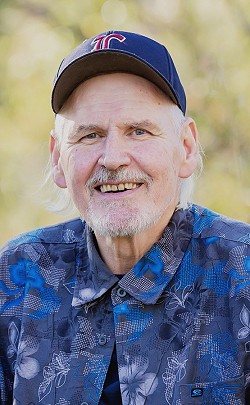 RICK KLEINMARK passed away peacefully at home on March 30, 2022 with his wife Bonnie at his side.

Rick was predeceased by his parents Rick and Betty Jean, father and mother in-law Duane and Elaine Remington, along with brothers-in-law Michael Remington and Tony Skelton. He is survived by his wife of 51 years, Bonnie, children Nicole (Douglas) Leavitt of Taber, Nathan (Maureen Rivers) of Lethbridge, Erika (Devin) Meli of Lethbridge, and his beloved grandchildren; Avery, Lukas and Bree Leavitt, Scarlett Kleinmark, Ayden, Easton and Quinn Meli. Rick will also be sadly missed by his sisters Barbara Cole of Portland, OR and Kathleen Kleinmark of Estacata, OR, his brothers and sisters-in-law; Anne Remington Skelton of Lethbridge, Myrna Remington of Cardston, Terri (Dan) Nelson of Mountain View, Holly (Dave) Sandberg of Kearns, UT, Dave (Carol) Remington of Cardston, Jon (Kim) Remington of Lehi, UT, Rebecca (Ken McGinnis) Remington of Lethbridge and Mark Remington of Kalispell, MT. He also leaves behind many Kleinmark and Remington nieces and nephews.

Rick Corneles Kleinmark was the middle of three children born to Betty Jean Dalebout and Richard Thomas Kleinmark, on November 6, 1952, in Evanston, Wyoming. Rick was a boy that loved adventure, sports, cars, surfing, his homing pigeons, riding his bike, scouting and horses. His love of baseball grew in the years he lived in California and his memories of Dodgers games were some of his fondest. His family moved between Utah and California and then to Fredonia, AZ in junior high, where he was a scout, took care of and rode horses and played high school football, learning life lessons from being part of a team. Immediately following high school, Rick met the love of his life in July and married Bonnie Catherine months later on Thanksgiving Day 1970 in Fredonia, AZ. They welcomed their first child in 1972 and their second in 1975. Rick’s profession was that of a pressman working in Salt Lake City and Phoenix. The young family moved from the US to Cardston, AB in 1976 and Rick forever more embraced Canada as home. They raised their kids in Cardston for five years until relocating to Lethbridge in 1981. After two years in Lethbridge, they welcomed their third child Erika in 1983.

Rick worked for Westwind Printing, Dove Printing, Paramount Printers then Robbins Southern Printing, running a four-colour press before technology closed down his specialty in the industry. He loved the precise nature of his job and took pride in his work. He then spent six years building at Triple M Housing. Rick also loved to build. He was resourceful, creative, had a brilliant mind and taught himself many skills. There was hardly a building problem he didn’t have a solution for. He spoke fondly of the building skills he learned from his father in-law Duane. He also loved to chat, to joke and tell stories while visiting with friends and family.  Whether it was in work or play, Rick was generous with his time and talents.

Rick also was heavily involved for many years in Southern Alberta sports. He loved to play, coach and umpire softball and referee football and basketball. He was known in those circles as “Hightower”. After retirement, Rick and Bonnie were avid Lethbridge Bulls fans and enjoyed watching baseball under the lights. Rick and Bonnie also loved to travel with their little RV in tow called the “hippie trailer” by their kids. They saw the Grand Canyon and the West Coast and loved to plan trips around baseball including numerous visits to Oregon to see family. More than any of this, Rick loved his backyard and created the most beautiful city ‘oasis’ for his family. This was how he showed Bonnie his love by creating this space as she loves gardening. Rick enjoyed having company in this space and hosted fantastic backyard barbeques. His family, friends, beloved dogs and then grandchildren have found peace and enjoyment from this special place he created and with which had great pride. Nothing in this world brought Rick more joy than his grandchildren. These seven children were his delight and his motivation through his later-life health struggles. He loved pictures and stories of them, telling anyone who would listen about these seven great kids that called him Grandpa.

Rick was a thoughtful and determined man, good friend and we are blessed by the 69 years he was here.

A Celebration of Rick’s Life will be held with family and friends in a Private Ceremony on Saturday, April 9, 2022.