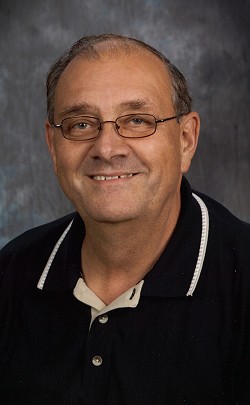 He is survived by his beloved wife of 54 years Iris, children Sherry (Brian) and his treasured grandchildren, Brianne, Emmitt and Carson, brother Henry (Helen) and sisters-in-law Marilyn and Pat, as well as many in-laws, cousins, nieces, nephews and friends.

Walter was born in Consort, AB, on October 6, 1946 and grew up on a farm in the small community of Sedalia, AB. He spent his whole career with the Alberta Wheat Pool. His favourite activities were curling, golfing and camping. He was a big fan of the Blue Jays and the Flames and would always say this is going to be our year. Once retired, he became a snowbird and headed to Palm Springs for warmer weather. Most recently, he enjoyed playing games and cards with his friends in the condo and at Nordbridge.

Walter was a man of deep faith who loved the Lord. Praying was like breathing. A mentor and friend to many, he enjoyed being a Big Brother. Friends were made wherever he went. Walter will be forever in our hearts. His favourite bible verse was Philippians 4:19, “And my God will meet all your needs, according to his glorious riches in Christ Jesus”.

A private Family Funeral will be held at a later date.

In lieu of flowers, donations may be made to Southern Alberta Bible Camp, Box 99, Lomond, AB, T0L 1G0.