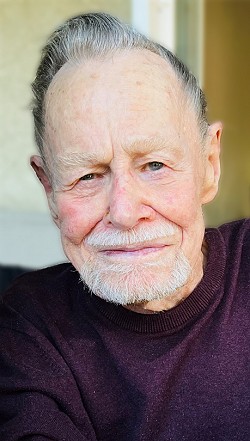 We are saddened to announce the passing of our beautiful father, grandfather and great-grandfather, GORDON RAYMOND MERRICK on November 27, 2022, at the age of 88 years.

Gordon was predeceased by the love of his life of 50 years, Elizabeth (Betty) Merrick and their infant son, Paul.

Gordon was born in Lethbridge on March 15, 1934. He loved his family first. He was a dedicated, sweet, man with a great sense humour. Gordon was passionate about the health of the environment. Before and after his retirement from AGT (35 Years), he was devoted to many causes to help protect the environment. Gordon was one of the founding members of the Southern Alberta Group for the Environment (SAGE) and instrumental in helping to preserve the Elizabeth Hall Wetlands. He was president of the Oyster River Enhancement Society in Comox, BC. Over the years, Gordon won several awards in recognition of his achievements. He was an avid reader and lifelong learner and with his passing, our family has lost his great wealth of knowledge. Gordon will be deeply missed.

As he wished, there will be no formal funeral service at this time.