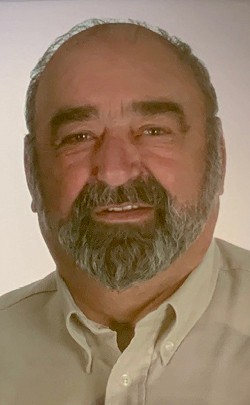 BENITO PAOLETTI, beloved husband of Esther Paoletti, of Lethbridge, passed away peacefully at the Chinook Regional Hospital on Monday, June 6, 2022 at the age of 82 years.

He was born November 1, 1939, in Buroli, Italy (now Croatia). Benito and his parents ventured across the ocean via ship to finally dock at Pier 21, Halifax, Canada. From here they boarded a train and made their way West to ultimately settle in Lethbridge, AB.

Benito was a very hard worker and held many skilled jobs until finally finding full time employment with the City of Lethbridge Electric Dept where he retired from in 1999 after 28 years of service. He enjoyed life… from camping, fishing and hunting to gardening, wine making, and traveling and everything in between. He further enjoyed these things with the company of his family and friends. He was very proud of his heritage and helped build the Italian Canadian Hall and was a member until the end. You could follow his boisterous laugh and want to be part of the party, to which he usually shut down. To make his life complete, were his grandchildren, his pride and joy, all of them stealing Nonno’s heart.

A Funeral Mass will be celebrated at OUR LADY OF THE ASSUMPTION CATHOLIC CHURCH, 2405 – 12 Avenue South, Lethbridge, AB, on Saturday, June 18, 2022 at 10:00 A.M. with Father Kevin Tumback celebrating.

Following the Funeral Mass, Benito will be laid to rest in Mountain View Cemetery.

In lieu of flowers and in memory of Benito, donations may be made to Alberta Diabetes Foundation (albertadiabetesfoundation.com) or Heart and Stroke Foundation (heartandstroke.ca)