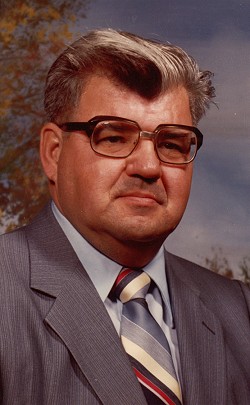 ALEXANDER "ALEX" FREDERICK PSIKLA, of Lethbridge, beloved husband of the late Marjory Psikla, passed away peacefully at Adaptacare on Monday, April 25, 2022 at the age of 94 years.

Alex was predeceased by his dear wife Marge, parents and younger sister Joana.

He is survived by his younger brother Ernest and his wife Reta, many cousins, nephews, nieces, close friends and family members of his wife Marge, his business partner and one time student Gordon Mueller along with his longtime close friend and caregiver Angela Hampton.

Alex was born on May 16, 1927. A kind and generous soul, he left peacefully after many years coping with diabetes and heart issues and in the end “Father Time”.

Although he was born in Coleman, his parents in search of work and stability, resided in Cranbrook BC, then Eckville, AB and finally back to the Crowsnest Pass where he resided with his family until he was 21.

After graduating high school, he worked in a local retail store in the men’s wear department followed by underground work as a timber packer and coal miner at the Greenhill mine in Blairmore.

He was fascinated by mining, loved the underground experience and decided to attend university to become a mining engineer and was later accepted by the University of Alberta in Edmonton to study engineering.

As an educator, he served in several capacities and achieved a principal position at the Vulcan Composite High School. However, he found little enjoyment in school administration, he loved class room teaching and chose to do “what I was trained to do and work which I love”. He went back to “the classroom”.

As a classroom teacher, he taught at schools in several Alberta communities. His first teaching position was in Picture Butte. As opportunities and chances to gain experience came, he served as a class room educator in Barr Hill, Pincher Creek, Vulcan, High River, Chestermere Lake, Calgary and in the latter 13 years of his career, Galbraith Secondary in Lethbridge. Alex retired from teaching after 30 dedicated years of service.

During his tenure in Vulcan, he met and later married, Marjory Reath another well respected classroom teacher…They enjoyed a marriage of 43 years until her untimely death. They had no children aside from an infant daughter stillborn.

Besides being a dedicated teacher, Alex was a devout Christian and student of the Bible. He read the Bible several times and in the last months of his life, enjoyed his longtime close friend and caregiver, Angela Hampton reading aloud from the Bible to him.

Although Alex was deeply religious, he never did “push” religion on anyone. He would engage in religious discussion and debate but never attempted to persuade others to change and accept his perspectives. He was a member of the Park Meadows Baptist Church congregation in Lethbridge.

Alex was quite musical and played the drums for a dance band that he and his high school buddies put together. At university he participated in sports, especially bowling, basketball and badminton along with his dance band performances.

In his senior years he was an outstanding five pin bowler in Lethbridge. He won numerous team and individual bowling honours, being named the “bowler of the week” was a fairly common occurrence.

Alex loved the outdoors and enjoyed fishing. He especially enjoyed travel to British Columbia spending time with his cousins and friends in pursuit of the mighty salmon and trout in the inland lakes.

As a member of the community, he and wife Marge supported a large number of local, provincial, national and international charitable initiatives. Both were supporters of the Chinook Regional Hospital Foundation and children’s hospital care needs.

In lieu of flowers, donations may be made to Chinook Regional Hospital Foundation (crhfoundation.ca), or a children’s charity of your choice.