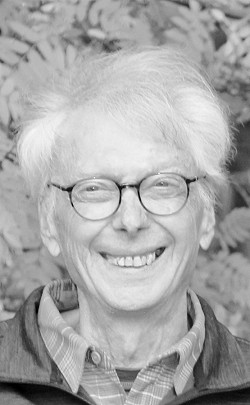 ROBERT JOHN RENNIE, beloved husband of Brenda Ann Rennie, passed away on 26 July 2022. Following complications from heart surgery, he died peacefully with his wife, daughter, son, son-in-law, sister, and brother-in-law by his side.

While it was once surmised that overly-soft ice-cream might be the ultimate cause of his demise, his passion for rock hard, post-dinner dairy was no match for the battle which overwhelmed him during his final trip to the hospital – a patient no more, but rather a spirit freed from the trials and tribulations of this world. Surviving a liver transplant, heart valve replacement, gall-bladder removal, skin cancer, and countless falls, bumps, cuts and bruises – most endured while trying to clip out of his bike pedals –, Rob chose the open door just shy of his seventy-third birthday. While his parting is far too soon for anyone who marvelled at his energy, industry, and wit, it is less surprising perhaps given his complicated medical history and penchant for Cheezies and a wee dram.

Born on 12 September 1949 in Prince Albert, Saskatchewan, Rob was partial to ‘dirt’. The son of an agricultural guru (Don) and his saintly wife (June), Rob’s passion for learning landed him squarely in the soil sciences. Pursuing his studies at the Universities of Saskatchewan, Laval, Minnesota, and Sussex, Rob launched a successful career in soil microbiology, international agriculture and bio-tech that would show him and Brenda the world. Following postdoctoral studies in England, Rob spent two years with the United Nations in Vienna before moving to the Lethbridge Research Station. Over the course of his working life, he held positions in Edmonton and Saskatoon (Esso Chemicals); Calgary and Buenos Aires (Agrium); and, Vancouver and China (Spur Ventures, Inc.), where Rob satiated his boundless curiosity while exercising the practical wisdom and common sense that drove his kids so crazy during their childhood. Following two unsuccessful attempts at retirement, Rob started a consulting firm (Keppoch Advisory Services Ltd.) and served proudly on the board for AVAC Ltd.

A true citizen of the world, Rob was seldom happier than when he was circumnavigating the globe, learning a new language, visiting family, hiking or biking mountains with Brenda, falling asleep on the couch without notice, reading the Economist or a good biography, or reporting on the weather and road conditions in locations other than his own. Yet wherever his journey took him, he always returned to the windswept landscape of southern Alberta, where he and Brenda have lived happily for more than forty years, the anchor to his family and home, and most suitably, his final resting place.

Rob is survived by his wife of 52 years, Brenda; his daughter and son, Courtney (Bart) and Kriston (Megan); five grandchildren (Jude, Felix, Tess, Elsa, and Louis); and his two sisters, Wendy (Tom) and Joan (Bob).

A Celebration of Life will be held for family and friends at the GALT MUSEUM & ARCHIVES, 502 – 1 Street South, Lethbridge, AB on Sunday, 28 August 2022 (2-4 PM). In lieu of flowers, please consider the gift of organ donation or a contribution to the Canadian Liver Foundation (liver.ca/donate).