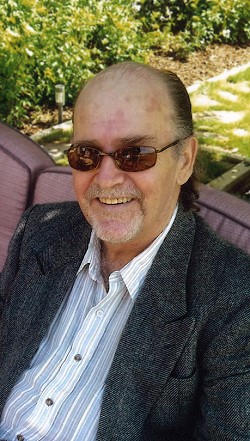 DALE KENTON SOROCHAN, of Lethbridge, passed away suddenly at the Chinook Regional Hospital on Monday, January 16, 2023 at the age of 64 years.

Dale was predeceased by his parents, John and Jean Sorochan and his brother Dan Sorochan.

Dale was born in Edmonton, Alberta, and raised in Transcona, Manitoba. Dale excelled in gymnastics and football in his early years. He was happy go lucky with many friends and had his share of the ladies chasing him. In his late teens, he moved to Lethbridge, AB, to join the family construction business. Dale was diagnosed with schizophrenia in his early twenties, which limited his involvement in the business, but he still managed to work off and on until his late twenties. Dale was proud of his involvement with Lethbridge Jaycees, Canadian Mental Health and his church.

Dale continued to struggle with his mental health and more recently, his physical health.

Special thanks to SASHA for their help and support for the past three years, as well as to Buffalo Grace Manor and the Chinook Regional Hospital during his last days of care.

A Celebration of Dale’s Life will be held at MIZ CITY CHURCH, 502 – 13 Street North, Lethbridge, AB, on Saturday, January 21, 2023 at 11:00 A.M. with Bishop Daniel Zopoula officiating. The service will be livestreamed and may be viewed through Dale’s obituary on the Cornerstone website.

In memory of Dale, donations may be made to Bridges of Hope (bridgesofhope.ca) or CMHA (cmha.ca)