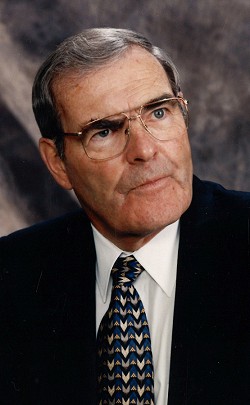 It is with great sadness that we lost Donald who died in Lethbridge on June 17, 2022 following compassionate palliative care provided by the nurses and doctors at Lethbridge Chinook Regional Hospital. Donald had a long struggle with dementia and was cared for at St. Therese Villa for the last years of his life. Our sincere thanks go out to the staff at St. Therese Villa.

Most people called him Don - he was a father, a husband, a grandfather and a wonderful doctor to so many people of Lethbridge over a career spanning 45 years. He was a member of the Campbell Clinic and latterly the Geriatric Assessment Unit at the Chinook Regional.

Don was born in Maple Creek, a small farming community in southwest Saskatchewan. He was a gifted intellectual and was awarded the Governor General’s medal for achieving top academic standing across the province of Saskatchewan at his high school graduation. He went on to study journalism at Ryerson University in Toronto, but felt that his contribution was not to be about the story but, rather, about medicine. He completed his medical training at the University of Saskatchewan in 1957. He had an accomplished career as a family doctor in Lethbridge and was always regarded as a man of integrity, compassion and with a wry smile and a joke to tell. He was a true gentle man. He knew so many people in Lethbridge and was always greeted on the street by friends and patients who held him in such high regard.

Don married Lise Bergeron in 1960 and they moved from Montreal to Lethbridge and welcomed their first child, Frances, in 1961. Sons Robert and Ian followed. Through his life, Don maintained a balance between his work and family, but his family always came first.

Don lost his wife, Lise, in 2002 and this loss was very difficult for him. Later, he was fortunate to develop a companionship with Phyllis Dedekam and in their years together, they enjoyed travelling and each other’s company. Don had a long and cherished relationship with our cousin Tarah Moore (Kern) who cared for him in Lethbridge for several years with love and gentle kindness.

Along with his loving wife Lise, Don was also pre-deceased by his nephew Gordon Stewart.

Don is survived by his daughter Frances, as well as sons Robert (Margaret Herridge) and Ian (Karen Lynch). He has seven grandchildren who will greatly miss their Grandpa Don. Stewart and Alex Owen (Frances), Sarah, Graeme and Matthew Stewart (Robert and Margaret) and Emily and Claire Stewart (Ian and Karen). He is also survived by his brother Fred Stewart of Calgary and nephew Douglas Stewart.

A Celebration of Life will be held at Cornerstone Funeral Home – 2825 32nd Street South, Lethbridge, Alberta – on Saturday, July 30th, 2022, at 11:00 am with Patrick Siedlecki officiating. The service will be livestreamed and may be accessed via Don’s obituary on the Cornerstone website.

Don will be laid to rest in Mountain View Cemetery during a private family Graveside Service.

The family requests no flowers, but an acknowledgement of Don through a charity of your choice.