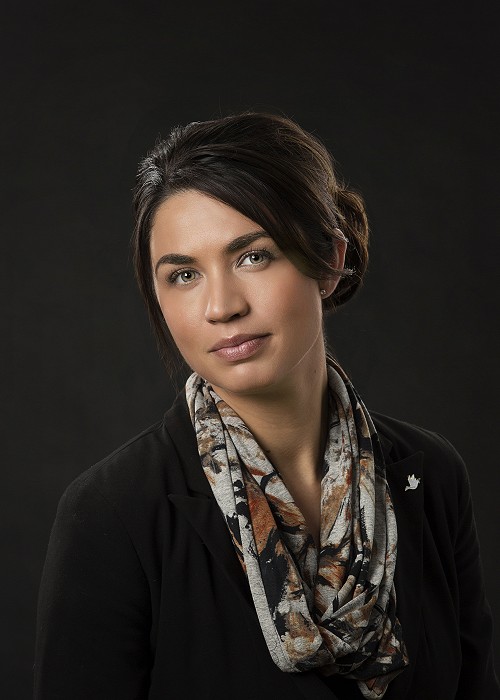 Although Kinga is of Hungarian heritage, she was born in Austria to Bela and Ildiko Santa. In 1987, their family immigrated to Canada and settled in Lethbridge where Kinga attended school through the Separate School System with her younger sister, Csenge. In earlier years, Kinga enjoyed ballet, Hungarian dancing, Jr. Cadets and rugby. She is fluent in Hungarian and has traveled to Hungary many times with her family. Kinga developed a love for cooking and, in 2005, won the Skills Canada Cooking Competition.

She met Travis and they were married in 2009. For a time, Kinga was the Manager at Once Upon A Bride then moved on to work in the banking industry with positions at Alberta Treasury Branch and Canadian Western Bank. Kinga graduated from her Funeral Directing and Embalming Course through the Canadian College of Funeral Service and worked as a Funeral Director and Embalmer for many years with Cornerstone. She is a loving mother to her three children, Emma, Jaxon and Kamryn Faith and enjoys watching their sport, school and music activities. Kinga is committed to helping our community and serves on the Board of Wood's Homes, and the Chinook Regional Hospital Christmas Tree Gala Committee.

Kinga established the Guided Journey's Foundation for hospice and palliative care in 2022. Kinga's main focus is on the growth and development of her foundation, but still works as a Funeral Director and Embalmer when requested.