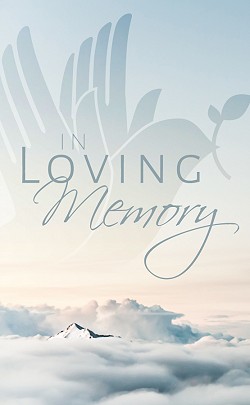 Floyd is the second of seven children and is survived by his siblings; Richard (Jackie) Cody, Linda (Neil) Cody-Monaghan, Allan Cody, Tim (Joan) Cody and David (Shonda) Cody, as well as many nieces and nephews.

He was predeceased by his parents Don and Grace Cody, as well as his sister Janice Bell.

Floyd and Leslie were married on November 8, 1974. They then moved to the family farm, where they raised their five children. His hard-working ways and natural ability for tinkering, tools, and problem-solving were passed on to all of his family. Everything from rebuilding engines to flying planes, he had a passion for life. Floyd was very active in the community as a member of the Water Co-op, The Knights of Columbus, Flying Farmers of Alberta and the Historical Society of Milk River, to name a few. He was always ready to help out neighbours and friends in need. His compassion, quick wit, and sense of humour will be missed by all. And the sparkle in his eyes will be noticeably missed by us. As he would say, “Old pilots never die, they just become tail draggers. Tap it lightly.” Until we meet again. Love you bunches.

Floyd’s celebration of life will be announced at a later date.

The family requests instead of flowers, please donate to the Heart and Stroke Foundation (heartandstroke.ca) or your local Foodbank.