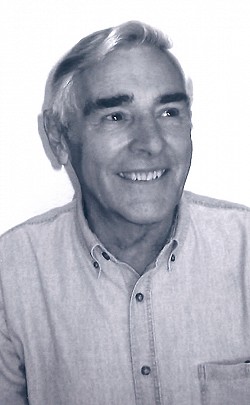 JOHN COOMBES, beloved husband of Valerie Coombes of Coalhurst, passed away at home on Thursday, April 14, 2022, at the age of 91 years.

Besides his loving wife, he is survived by his children; David (Elaine) Coombes of Lethbridge, Richard Coombes of Coalhurst; grandchildren Ian (Marcella) Coombes and Michael (Amanda) Coombes; siblings Pamela Roberts and Marina (Sid) Lewis, and well as many nieces and nephews in Canada, England, New Zealand and Australia.

He was predeceased by his parents Edward George and Amelia Alice Coombes, as well as his seven siblings.

John was born and raised in Headley, England. He joined the Royal Navy when he was 18, and served for 12 years as an aircraft mechanic on many aircraft carriers, notably HMS Illustrious. He married Val in 1956 in Headley, England. They raised their 2 sons David and Richard in Cirencester, England where John worked as a mechanic. In 1974 they immigrated to Canada and settled in Coalhurst. Alongside his brother Ron and many others, they volunteered to help build the Community Centre and Coalhurst Legion.

John Coombes loved nothing more than weaving a great story or leading a sing-a-long. He never missed out on the opportunity to volunteer in his community including as Commander of the Navy League of Canada-Lethbridge-branch, President of Coalhurst Legion, President of 55+ Club of Coalhurst. His sense of humour and ability to make you smile were his super powers.

He was a loving husband, father and grandfather. He adored his grandsons and took great pleasure seeing them on the soccer field. He will be missed.

Following the Celebration of Life, tributes, words of remembrance and some storytelling will be shared at a Reception in John’s Honour at the COALHURST ROYAL CANADIAN LEGION - 5205 6 St, Coalhurst, AB.