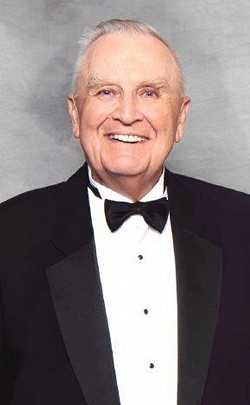 LAURENCE GEORGE HOYE passed away peacefully at Edith Cavell Care Centre on Saturday, June 29, 2019 at the age of 87 years.

Laurence is survived and lovingly remembered by his two daughters and their families: Lorna & Dave Jones and their son, Jesse of Maple Ridge BC and Valorie Hoye & Michael Methot of Port Coquitlam BC, as well as his nephew, Devon Sissons in Toronto ON.

He was predeceased by his wife, Frances (née Sissons), and his sister, Gladys Jowett, who both passed in 1993.

Laurence was born in Lloydminster SK on June 9, 1932, later moving off the family farm there and into the city of Edmonton. He earned both Bachelor and Masters of Science degrees in Mathematics from the University of Alberta. He and Fran settled in Lethbridge in 1961 when he accepted a job at the local community college. From there, he became part of the team that spearheaded the push for a university. Dad went on to teach and hold administrative positions at the University of Lethbridge from its founding in 1967 until his retirement.

In the years after his wife’s passing and his retirement from the university, Laurence found many new activities of interest: from involvement in the Diamond City Community Association while he lived there, to supporting LUSI (Lethbridge United Services Institute) and PROBUS, as well as advocating for nuclear power as part of the informal Energy Collegium. Through it all, “the boys” kept watching, collecting, photographing and talking about trains every week of every year.

The family wishes to thank all of his tremendous friends and the staff at Chinook Regional Hospital, Edith Cavell Care Centre and Alberta Health Services in Lethbridge as well as Peter Lougheed Centre in Calgary for their diligent care of Laurence in the last couple of years of his life.

A Celebration of Life service will be held at COUNTRY KITCHEN CATERING, 1715 – Mayor Magrath Drive, South, Lethbridge, on Monday, July 15th, at 2:00 P.M.  Use back entrance (east side).

In lieu of flowers, please donate to a charity of your choice.

Always in our thoughts, forever in our hearts.