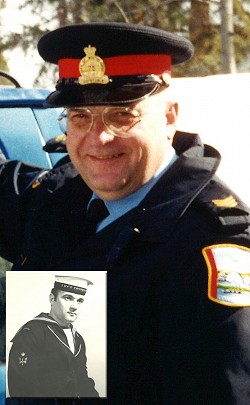 LARRY JOHN SIMENAC, of Lethbridge, AB, passed away peacefully on Tuesday, February 15, 2022 with his wife and niece by his side, at the age 77 years.

Larry was born and raised in Fort William, ON. He was a strong, kind, dedicated man to his family and he was always there for everyone no matter what. He would always bring joy, love and laughter to everyone who knew him.

Larry was a member of the Canadian Navy Reserves, before working at the Great Lakes for a summer, followed by CNR, and finally, joined the Canadian Navy. Once he retired from there, he moved North to work for the Inuvik Government Liquor from 1971 to 1975, then to Whitehorse Yukon Government Liquor and once again, changed jobs and worked for the City of Whitehorse bylaws until he retired in 2002. Upon retirement, he moved to Breton, AB and in 2007, moved to Lethbridge AB.