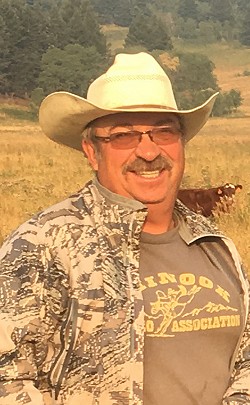 DR. ALLEN F. TRAUTMAN, beloved husband of Geri Medwid Trautman, cherished father of Victoria (Ryan) Becker, and Mike (Dayna) Trautman, and joyful grandfather of Jayde Trautman, passed away peacefully at the Chinook Regional Hospital, on Sunday, April 4th, 2021 at the age of 68 years. He fought a valiant battle with cancer, but the Lord chose to take him.

Allen was born September 13, 1952, in Camrose, Alberta to Mary and Stan Trautman. He was raised in New Norway and went on to do his pre-med at Camrose Lutheran College on a hockey scholarship. He proceeded on to the U of A (Edmonton) for medical school. With his new bride, he then went to St. John's, Newfoundland for his internship. His calling was in General Surgery, a fellowship he completed at the U of A.

Upon completion of his internship, Lethbridge was chosen for their new home. Allen felt he had the best job in the world, healing people. Many were touched by his skills. He was humbled when the Pikanii Nation honoured him with his name: Otoyasis (sacred/healing sticks). His passion for horsemanship, which he shared with his children, got him involved with 4-H, rodeo, team penning, team roping and ranching.

Ranching (his second job) took him to the Porcupine Hills; a place he loved. He also had a passion for “armed wildlife viewing”. Many hours were spent hunting with his children, brothers and nephews.

Doc will be sorely missed. He loved life and embraced the joys of it.

A Prayer Service will be held on Thursday, April 8, 2021 at 7:00 P.M. with Deacon Cliff Bogdan officiating.

A Funeral Mass will be celebrated on Friday, April 9, 2021 at 11:30 A.M. with Father Kevin Tumback celebrating. Both services will be live streamed and may be accessed via Al's obituary on the Cornerstone website at their respective times.