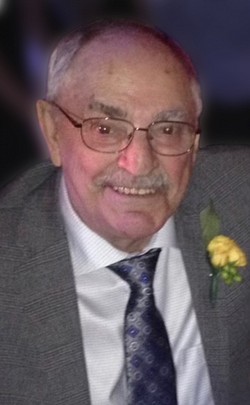 WALTER VICTOR TYTULA, beloved husband of the late Helen Tytula, passed away peacefully at home in Lethbridge, on Saturday, June 4, 2022 at the age of 87 years.

Walter was born September 23, 1934 in Orcadia Saskatchewan to the late Harry Tytula and Mary Popowitch. He was the youngest of four children.

On June 5th 1957, Walter married Helen (the love of his life) in Yorkton, SK. They were married for 45 years until Helen’s passing in 2002. It was in Yorkton that he started his long career with Greyhound Canada. His career took him to Edmonton as a depot manager. It was here in 1958 that he and Helen started a family and had three children. Besides work and family, they made many lifelong friends who were still in contact with Dad until his passing. The endless group camping and fishing trips were life memories that will always be cherished.

In 1975, with Walter’s talent and hard work came another promotion. This time as VP of Operations in Calgary, where they enjoyed life until his retirement in 1990. During his retirement, he moved to Lethbridge where he resided until his passing.

Walter was a very proud, hardworking man who loved the outdoors and spending time with his children. If you sat down with him, you were sure to get a story and lots of laughs.

Besides his wife Helen, Walter is predeceased by two sisters, Anne and Pauline.

He leaves behind his three children: Kevin (Cheryl), Wayne (Heather) and daughter Karen, eight grandchildren and ten great-grandchildren as well as his brother Bill of Trenton Ontario.

A Celebration of Walter’s Life will be held at CORNERSTONE FUNERAL HOME, 2825 – 32 Street South, Lethbridge, AB, on Saturday, July 9, 2022 at 1:00 P.M. with Pastor Ralph Molyneux officiating.