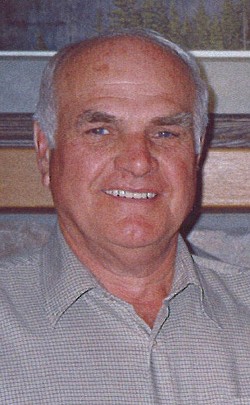 John was born on February 5, 1941, in Strijen, The Netherlands. In 1952, he emigrated to Canada with his parents and five siblings, settling in the Iron Springs area. At age 18, he joined the RCMP and served for 26 years, mostly in the lower mainland of British Columbia and later in Lethbridge, including two years on the Musical Ride. After retiring, he took up farming where he never tired of cutting and baling hay, planting trees and spending time in the quonset, which was full of auction sale finds and replacement parts, to which friends and neighbours were always welcomed. John sang with the Lethbridge Christian Men’s Choir and volunteered for many years at Young Offenders and MCC & Mission thrift stores. He also loved to golf, twice scoring a hole-in-one.

John loved his Lord and was ready to meet him. His favourite bible verse was John 3:16:

“For God so loved the world that he

gave his one and only son,

that whoever believes in Him should

not perish, but have eternal life”

Dear man, how we will miss you.

A family gathering will be held at a later date.