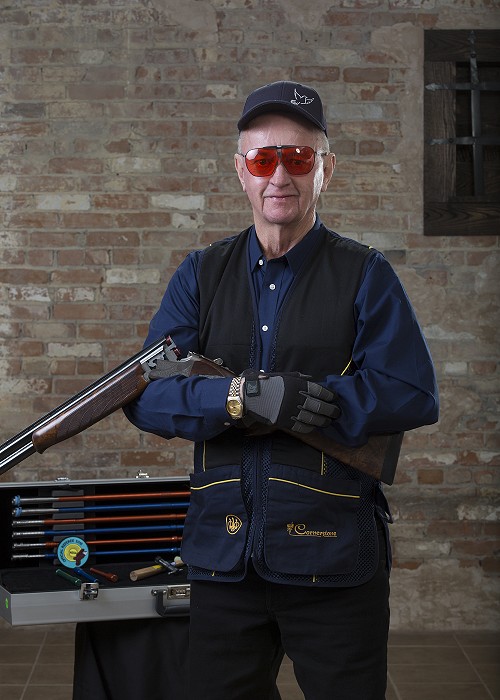 Whether a simple tribute or a lasting memorial, Doug will help you to remember your loved one the way you desire. He understands that families are at their most vulnerable when dealing with a loss and always maintains the ‘family first’ motto. Doug believes in meeting with families in a safe and secure environment and often makes arrangements in the family home.

He became interested in working in the funeral profession after the tragic loss of his father in an automobile accident. Soon after Doug retired from his 25-year career with Telus, he trained to become a Licensed Funeral Director and Embalmer. Sadness would strike once again in his family ten years ago with the passing of his mother-in-law. While completing those arrangements, Doug accepted the opportunity to join the Cornerstone Funeral Home team.

One of his focuses is on serving the First Nations People. Doug inherited this from his father, who was an Honourary Kainai Chief and had a long-standing interest in their history and culture. He also inherited his love of the outdoors with his pursuits of hunting and fishing and a strong support for conservation.

Doug is involved with many organizations in our community.  He is a member of the Lethbridge Fish & Game Association, Taber Shooting Foundation, Great Falls Shooting Complex, a life member of the National Skeet Shooting Association and an official referee with the NSSA. Doug has a passion for helping youth with anything related to the outdoors. He enjoys teaching new people in the shooting sports and also likes to pass along his knowledge in fly-fishing and fly-tying.