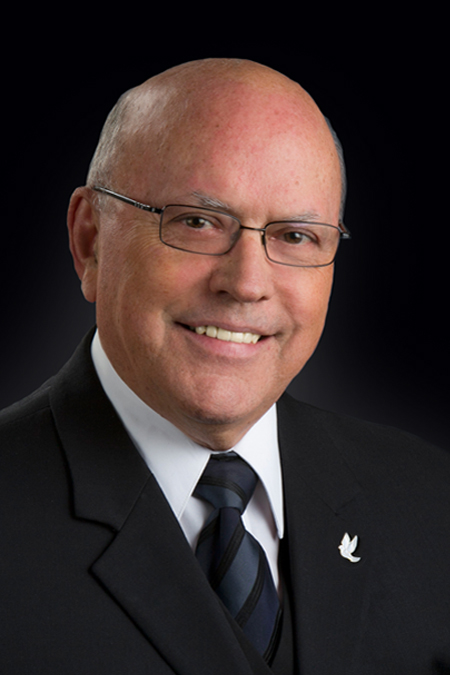 Not wishing to be an emotional burden on their families, Ed and his wife Rose initially came to Cornerstone Funeral Home to set up their pre-arrangements. He was drawn to working in this industry after being impressed by the professionalism with which he was served. Needing to become certified, Ed earned his Pre-Arrangement Licence from Mount Royal University in Calgary. A year later, he was encouraged to pursue his Funeral Director's Licence from the same establishment and has since continued to help provide the peace of mind this valuable service offers to others. Ed feels that the moral, legal and ethical standards learned from these courses established a standard to serve by; one we all should aspire to share with those we meet.

Ed credits his extensive background in business management, customer service, sales and marketing as relatable knowledge that he carries into this industry. Although the commodity may be different, the strategies of life’s compassionate teachings are applicable when dealing with emotional traumas such as death.

Ed is fluent in French and English and is a talented musician and singer. Much of his spare time is taken up by entertaining throughout southern Alberta. Working on a part-time basis has allowed him to become involved in the community. He currently serves as Grand Knight for Council #5726 and as President of the 60 Plus Association of Lethbridge.

Ed and Rose are proud parents of six children, 12 grandchildren and three great-grandchildren.