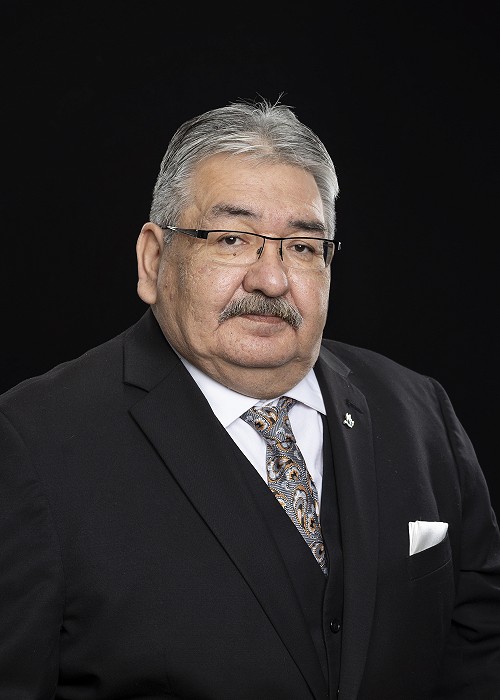 Franklyn initially served with Cornerstone,  since our inception in November of 1995, for 14 years. After this time he pursued a position with Chief and Counsel on the Blood Reserve and honourably served as a Counselman for 12 years. Franklyn has and continues to actively promote and follow the traditional ways of his people and tirelessly gives of himself with pride and dignity.

Franklyn returned to us in August of 2021 with ambitions to pursue a career in the funeral industry.

He and his wife Annette are loving parents to six grown children and three grandchildren.

Franklyn  is an avid reader, diligently follows world news and is dedicated to his growing family.